o you want to switch to a new network, or find a new and better plan? Save money and time when you compare with us!

Half Cooked price-checks the latest deals from the top UK networks every day.

Why Compare With Half Cooked?

Half Cooked offers special discounts you won't find anywhere else to help you save time and money!

Half Cooked has hundreds of UK Network Reviews and more… Plus, we’re always up-to-date.

Haf Cooked doesn’t sell any products, nor your information. It’s safe and easy to use our website. Just read or watch our content.

Compare, switch and save on your broadband package.

Compare, switch and save on your broadband package.

What is BT Halo?

Vodafone and EE will reintroduce roaming charges for UK customers in the EU, which Brexit allows them to do, but… 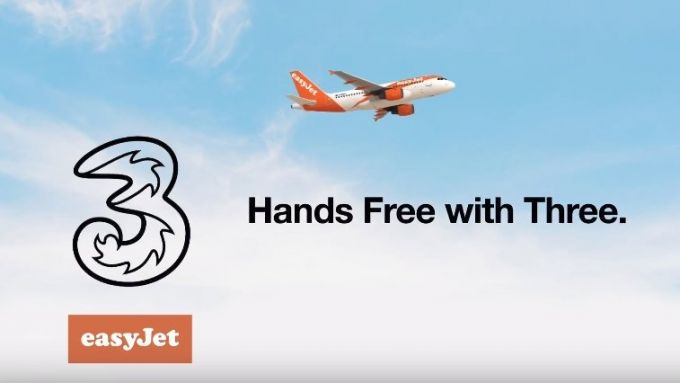 Three Free easyJet Upgrades – Do They Still Exist in 2021?

Expert help & advice at your fingertips

At Half Cooked we aim to provide unbiased and useful information about everything to do with the UK mobile network market, as well as providing you with the best broadband and TV deals. We prepare extensive reviews and videos, covering everything you need to know about the top UK providers. We also have an easy-to-use comparison tool that will help you sort and filter through all the available deals on the market based on your requirements.

Picking the right mobile network or the perfect broadband provider is not as easy as it sounds. There are many networks and providers in the UK, offering unique features and services. In terms of mobile networks; the four major ones are EE, Vodafone, O2, and Three. These networks also share their underlying infrastructure with smaller carriers such as VOXI, SMARTY, giffgaff, Tesco Mobile, Sky Mobile, and ASDA Mobile, amongst others.

Half Cooked.co.uk aims to find the best SIM deals, Broadband deals & TV deals tailored specifically for your needs. Half Cooked reviews include a detailed look into each and every network.

Our reviews are detailed and we’re updating them on a regular basis. Half Cooked’s mobile network reviews include plans & pricing, network coverage & data speeds, and special features that come with each of the different carriers, as well as frequently asked questions. If you don’t want to read our entire review we summarise the pros and cons and provide our balanced view in the conclusion of each review article.

With 5G becoming increasingly popular, we’re constantly reviewing the state of 5G amongst the UK operators. Our network coverage reviews are based on scientific analysis & tests, published by independent testing organisations such as Opensignal, OOKLA (speedtest.net), and umlaut.

There are a number of different companies that offer broadband but TV is still limited to only a few providers. However, these both overlap, and getting a bundled deal of broadband and TV generally works out cheaper. At Half Cooked we review each of the TV providers and highlight some of their best bundle deals.

Types of SIM and broadband plans Half Cooked compares

TV only packages, as their name suggests, offer TV on its own (without broadband). TV-only deals are currently only available from Virgin Media and Sky. Conversely, TV with broadband bundles put the two together. By seeking out a TV, broadband, and phone bundle you can save money on all of these services.

We compare all types of Mobile deals; be it SIM-only contracts, PAYG deals, or phone plans. We also cover broadband and TV deals offered by several major UK providers. Half Cooked provides detailed information about all of these providers whilst also highlighting the best deals in the market at the moment.

SIM Only Contracts – In the UK, most SIM-only deals include a package of minutes, texts, and mobile data for a monthly fee. In fact, nowadays almost all plans come with unlimited UK minutes and texts, and free-roaming in selected European countries. SIM-only contracts will always require you to pass a credit check first and you’ll be locked in for a set amount of time.

SIM Only 30 Day Bundles – These are pretty much identical to SIM only contracts, but they work on a prepaid basis, meaning you won’t have to undergo a credit check. These are usually offered by MVNOs and lack some of the fancy features you’d normally get with major networks. Depending on the network and the deal a SIM-only deal may offer good value for your money. These deals usually last for 30-days, but if you set up a recurring payment method, you may get a minor discount.

Pay As You Go – A pay as you go (PAYG) deal means you pay upfront for minutes, texts, and mobile data. The best part is you’re not tied into any contract or commitment, meaning you can quit your network any time. If your desired network offers a PAYG service, you’ll need to top-up a cash amount first but this can last for an extended period, unlike a standard contract or bundle. However, these top-ups do expire, but this varies depending on the network.

Keep in mind that, you’ll need to have your own handset to put the SIM into, or purchase one separately.

Phone Contracts – Signing up for a phone contract means entering into a contract with a provider. If you wish to get a new handset on top of a SIM deal, you’ll need to pass a credit check and sign a contract with your desired network. Most mobile phone contracts are 24 months, giving you a monthly allowance of calls, data, and texts. Of course, there are some exceptions, but usually, as a customer, you pay a single monthly fee for a fixed period of time.