Why Choose a giffgaff SIM Only Deal? 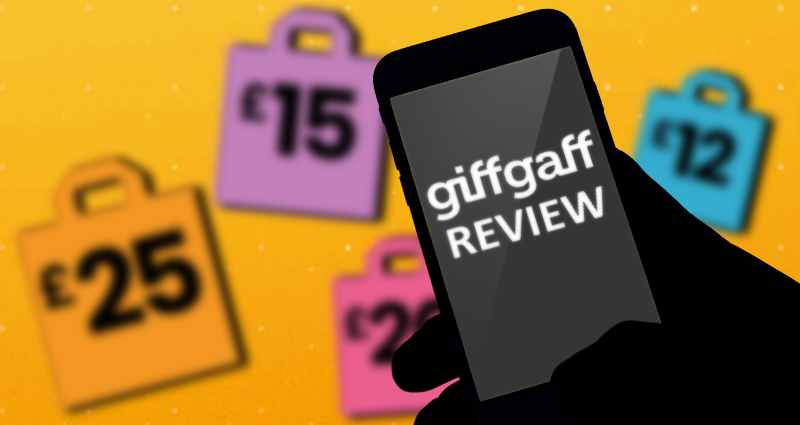 For mobile users who are looking for a SIM only deal that offers value and reliability, giffgaff is one of the better choices in the market. The O2 powered network offers 30-day SIM only plans that are commitment-free, meaning there are no credit checks. Anyone can grab a giffgaff plan, even if they have no credit history at all, or have recently moved to the UK. These deals include unlimited UK minutes and texts, as well as 5G at no extra cost.

You can also renew your giffgaff goodybag (or upgrade it) if you burn through your data allowance before the 30-day period is up. Light mobile data users may prefer giffgaff’s traditional pay as you go service. A giffgaff SIM will stay active for 6 months, even if you don’t use it at all. You can also mix and match their goodybags with their PAYG service.

The MVNO provides SIM only deals with great flexibility. giffgaff’s goodybags can be renewed before the 30-day period comes to an end. You can upgrade or downgrade as you like, and whenever you like. You don’t have to purchase a goodybag right away, you can just use your topped up credit. Your SIM will stay active for another six months, even without any activity.

There are, however, some perks you get if you regularly renew your goodybags. You’ll get a 1GB data boost once every three months, with the exception of the £6/month and £8/month goodybags.

The carrier will send you an email showing a detailed usage summary and recommend you a goodybag for you to continue using.

giffgaff uses the O2 network to provide two different unlimited data plans with 5G at no extra cost. While both these plans are branded as “unlimited” they’re not truly unlimited.

The Always-On goodybag comes with a speed restriction that applies after 80GB of data is used. If you get this goodybag and use more than 80GB, your mobile download speed will be reduced to 384kbit/s between 8 a.m. and midnight until the next renewal date.

The golden goodybag unlimited data plan comes with a data cap at 650GB per month. Using data more than this specified amount twice within six months means giffgaff’s fair usage policy will apply. They may even cancel your plan.

We strongly recommend having a look at Three’s unlimited data plans, if you’re on the market for a truly unlimited plan.

giffgaff Pay As You Go

If you fancy joining giffgaff but don’t want to invest in a goodybag you can just top up credit to your account and use the carrier’s traditional PAYG service. There are better PAYG networks in the UK than giffgaff, but the ability to combine competitive PAYG rates with goodybags is unique to giffgaff.

You can also get an extra £5 of free credit upon joining giffgaff if you order your SIM via their referral system. Your account has to be brand new and you must top-up at least £10 to get the bonus credit though.

You can buy unlocked smartphones directly from giffgaff’s store, and they’re somewhat competitively priced. However, you must also choose a goodybag with a new phone. You can buy the handset outright or pay for it in 24 monthly installments. They sell the majority of the handsets available in the market including Apple, Samsung, Sony, Nokia, and Huawei.

If you have poor credit rating you may find it more difficult to be accepted to purchase a handset. Make sure to read our UK phone credit checks guide before you apply for a new phone deal.

What are giffgaff goodybags?

A goodybag is giffgaff’s special bundle, which contains UK minutes, texts, and data. All goodybags last for 1 calendar month and can be used while you’re in the UK, the EU, and selected countries.

What are giffgaff Payback points?

Payback is giffgaff’s way of rewarding their customers for doing something that helps giffgaff and the giffgaff community. These rewards come back as Payback points or in some cases, customers might see it in their account in monetary terms.
– 1 Payback point = £0.01
– Payback payouts happen every 6 months, in June and December.
– Customers can choose to take their Payback as cash, credit, or a donation to charity.

giffgaff offers 5G thanks to their parent network O2. giffgaff 5g is available in 193 cities and towns in the UK.

Which network does giffgaff use?

Does giffgaff do Data Only Sims?

No, giffgaff doesn’t offer any data only SIMs anymore, but in the past, they did offer this option.

Is it possible to get unlimited data on giffgaff?

Yes, giffgaff’s unlimited data plan is called “Always on Data”. It is giffgaff’s most expensive ‘goodybag’, with a £25 price tag on it. There’s a catch though, as only the first 80GB of data in this package is at full speed. Once you reach the cap of 80GB of data, the maximum download speed will be reduced to 384kbps between 8 am and midnight.
There’s also an unlimited Golden goodybag; this comes without speed restrictions but has a data cap of 650GB per month.

No, unfortunately, goodybags allowances do not rollover. The bundle will last a calendar month (30 days) and then it will simply expire and will be removed.

Does giffgaff offer any free use of social media apps?