SMARTY is offering one of the cheapest unlimited data plans in the UK! Priced at £20 the deal also includes unlimited UK minutes and texts. No credit checks, no contracts!

SMARTY offers some of the most competitively priced 1-month SIM only plans for low to high end data users. SMARTY offers low costs, straightforward plans, transparent pricing and flexible deals with no nasty bill shocks. No credit checks mean anyone can become a SMARTY customer and their 1-month SIM only plans mean there is no commitment required. A 14-day money back guarantee also ensures that if the service isn’t up to expectations you can receive a full refund.

Half Cooked rates SMARTY as the top low-cost virtual operator in the UK mobile market and a great all-around network for customers looking for a well-priced, well rounded SIM only deal.

Who is iD Mobile 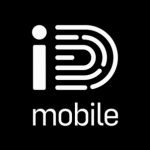 At the same time as offering competitive pricing, iD Mobile also offer customers perks such as Wi-Fi calling and data rollover schemes which make them a great value proposition.

However, you won’t be getting some of the additional perks you would with some of the larger networks which are now offering things such as inclusive entertainment subscriptions to popular applications such as Apple Music or unlimited streaming with Netflix.

To sum up, if you aren’t worried about the extras and want good network coverage and data speeds as well as data rollover and Wi-Fi calling, whilst paying some of the cheapest prices in the market, iD Mobile is the network for you. 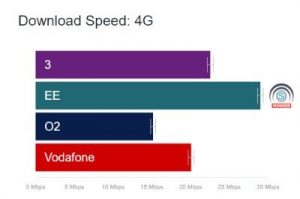 Given that both SMARTY Mobile and iD mobile run on Three’s network, you will be getting the same 4G/3G speeds (Three does not support 2G) and network coverage as any Three customer.

Three is the smallest of all the 4 main networks operating in the UK Mobile Market. But Three has made huge strides and now covers 99% of the UK population with both 3G and 4G.  Per Open Signals Network Experience report from October 2019, Three has an average 4G download speed of 21.6 MB/s ranking ahead of O2, with EE leading the pack with an average 4G download speed of 33.7 MB/s.

Three’s network coverage is 99.8% 4G coverage and 98.3% 3G coverage. You’ll get this great coverage with either SMARTY or iD Mobile.

This is a draw – with same data coverage across the UK, you are well covered with either SMARTY or id Mobile. You will benefit from faster data speeds, running on the Three network.

Read along to see who has the best 4G coverage and fastest speeds in the UK.

Voice quality can suffer when signals struggle to get through buildings and thick walls. We noticed that Three’s regular 3G voice call signal has a harder time in these situations compared to other networks.

iD Mobile provides an answer to that though. It supports Wi-Fi calling along with 4G calling on its monthly phone and SIM only agreements. SMARTY does not offer anything to combat this issue.

4G calling allows your mobile phone to make calls using the 4G spectrum instead of relying upon the slower 3G network. This provides you better call coverage both indoors and outdoors while bringing you HD quality audio.

Wi-Fi calling functions by letting your phone use iD mobile’s network via Wi-Fi instead of always depending on regular 3G for calls and texts, which means that you can still use your phone when your mobile signal is poor, but you still have access to a Wi-Fi signal.

iD Mobile gets to be the winner here – it brings in the extras to overcome the 3G voice signal problem that SMARTY does not.

Why should you care about tethering? Tethering allows you to connect your other Wi-Fi enabled devices to the internet using the data plan on your mobile SIM. This feature is offered by most network providers, including both SMARTY and iD mobile, so the users have the freedom of using their data in whatever way they choose.

You can use your mobile device to set up a hotspot and connect all Wi-Fi devices to it. However, having a lot of devices connected can quickly suck off your data. Half cooked recommends you consider the unlimited data plans offered by both SMARTY and iD Mobile if you are big on tethering.

This is a draw. Both SMARTY and iD mobile give users the freedom to control how they use their data allowance – you may choose to tether and hot spot all your data allowance with no speed restrictions on both the networks.

You can check our SMARTY vs Three Review  to see how SMARTY’s tethering compares to Three’s offering. 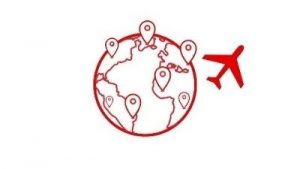 Both SMARTY and iD Mobile make it easy for you to roam with no additional charges within the EU by including it as part of all their packages. All you need to do is activate Roaming on your device.

However, note that you will only get 3G data speeds while you’re traveling abroad (this applies both to SMARTY and iD Mobile), meaning you might struggle with speeds to perform some of the more data-heavy tasks you do at home.

There is one slight difference in how SMARTY and iD Mobile deal with FUP (Fair Use Policy) when you are traveling outside of UK but within EU.

Both networks have a fair usage policy, but SMARTY’s is certainly richer with all customers travelling in the EU able to use up to 19GB of their regular allowance. However, iD Mobile customers can use significantly less. If you’re a 20GB customer with iD Mobile, you will be able to use 5.12GB of data abroad in the EU and if you exceed this, you’ll be subject to the below rates:

SMARTY allows you to take your plan to any of the EU countries and use your unlimited minutes and texts, along with your entire data allowance without paying anything extra (there is a limit of 19GB on the SMARTY unlimited plan though)

When it comes to other international destinations, SMARTY offers more choices.

SMARTY wins when it comes to international roaming with less restrictions in usage within the EU.

Read Half cooked report on International Roaming on UK networks to know more.

What is Wi-Fi calling? Wi-Fi calling allows your phone to use a WiFi signal to make/take calls and send/receive SMS text messages, instead of depending on the conventional mobile signal.

This has a clear advantage – if you are in a blackspot that mobile signal cannot get to, like a thick-walled building or underground, you can still use your phone if you have access to a Wi-Fi signal.

iD Mobile is the only low-cost provider to offer Wi-Fi calling. SMARTY customers do not get to use this feature.

Wi-Fi hotspots are not offered by either SMARTY or iD Mobile. Again, this is something you will rarely find amongst the lower cost operators. Many public places such as restaurants and airports now offer free Wi-Fi so you may find that this wouldn’t be an issue.

iD Mobile wins this round as it offers Wi-Fi calling for free on all their pay monthly phones and SIM only plans.

Follow the Best UK Networks for Wi-Fi Calling report put together by Half cooked to get more details. 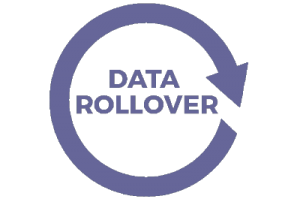 Why should you worry about Data Rollover? Data Rollover schemes let you keep your leftover data at the end of the month so you can use it in future month(s). Without this feature, you lose what you don’t use!

iD Mobile allows you keep the remainder of your monthly data for use in the next month. So, you get a second chance to use the data you have paid for, that you would have otherwise lost. However, any data you don’t use in the month it is rolled over to is lost by the end of the month.

SMARTY takes data rollover one step further. At the end of the month, they take your unused data, turn it into money, and refund it off your next bill – quite nice, eh!

SMARTY wins this one. Though both iD Mobile and SMARTY offer data rollover benefits, SMARTY ups the ante by offering the unique “money off” advantage to its customers.

How does the data discount work?

Explore Half cooked report on the Best UK networks for data rollover to know more.

iD Mobile does not offer any Family Plans.

However, SMARTY lets you save 10% on every SIM (up to 8) owned by your friends and family by adding it to your group plan page. Each member still has their own plan which the group owner manages, the members can still see their usage details and manage personal details.

Half cooked helps you find the best mobile family plans in UK.

SMARTY is the winner here, with their 10% discount on each SIM that is made part of a group. 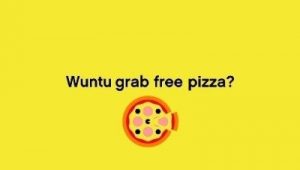 A lot of providers reward their customers with add-ons as part of their plan: like apps that give customers discounts or freebies, free streaming apps which do not impact your data bundle for the month or premium subscriptions to services like Apple Music and Netflix.

iD Mobile and SMARTY do not provide any such nice add-ons, but SMARTY does have a scheme in place to reward you and if you refer a friend. You get a free month for yourself and the friend you refer to SMARTY, there is no limit on number of referrals and the number of free months you can earn.