Why Choose a Three SIM Only Deal? 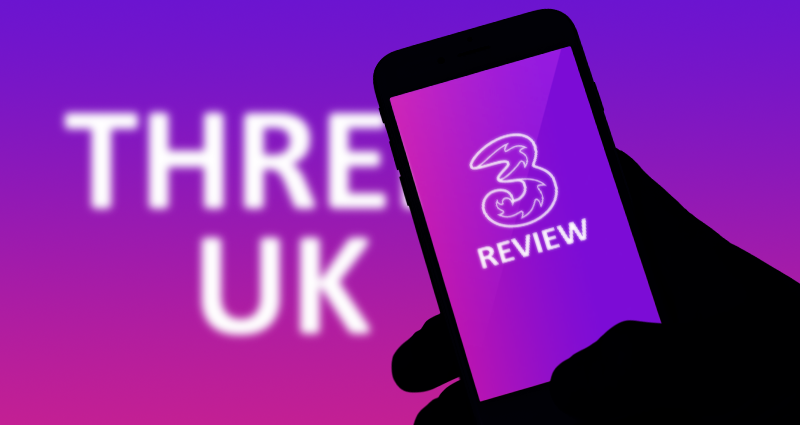 Three is one of the four main mobile carriers in the UK, and they have the fastest growing 5G network, according to data provided by Opensignal and OOKLA. The mobile network operator doesn’t have a 2G service, but they make up for it by including WiFi Calling and 4G Calling on all their plans, at no additional cost. You can also benefit from Three Go Roam, which unlocks your calls, texts, and data in 71 destinations around the world.

The carrier has a wide range of SIM-only deals suitable for all types of mobile users, as well as phone contracts and commitment-free pay as you go deals. Three usually offers the most competitively priced SIM only deals among the four main networks. The provider’s unlimited data plans stand out, too. They’re truly unlimited, with no hidden data caps or speed restrictions.

The network currently has a wide variety of different SIM only deals available and all of them include unlimited UK minutes and texts. On top of that, you get access to their ‘Go Roam Around the World’ perk regardless of the tariff you pick, which allows you to roam freely in 71 destinations worldwide. However, you’ll have to pay £2 per day when you’re roaming in Europe, and when you Go Roam Around the World, it’s £5 a day. Charges won’t apply, if you started your pay monthly plan earlier than 1 October 2021, or on a PAYG deal.

Except for their starter plans (currently 1GB and 2GB SIM only deals), all Three SIM deals come with 5G at no extra cost.

Three’s SIM only plans are available in 1 month, 12-month, or 24-month deals, with better rates available for customers who are happy to lock in for a longer period. You can see all the price plans Three offers in the table below.

If you are more interested in low-key deals on 4G, we’d recommend you to check SMARTY. It’s a sub-brand of Three and it’s got some nice perks with fair prices.

If you’re not happy with the phone you’ve got, you can always get a new one from Three. The network’s online store lets you compare the latest mobile phones while offering some competitively priced phone contract deals. You can combine it with a Three SIM plan, too. If they have the phone in their inventory, they’ll deliver it for free the next working day.

Three offers contracts on low-end handsets all the way to your flagship iPhones and Samsung devices. The mobile network’s prices are generally cheaper than the other large operators, those being EE, O2, and Vodafone.

Alternatively, you can also check out their pay as you go phone store. This way you can skip the mandatory credit check, but this of course means you’ll have to pay the price of the handset outright.

Three Pay As You Go Deals

As we stated earlier, Three covers all the grounds you can think of. Light data users can grab a traditional pay as you go deal from Three and feel at ease. PAYG SIM deals work on a prepaid basis, meaning you won’t have to undergo a credit check. Even if you’re from abroad, a student, or perhaps someone with a bad credit score, you can still get a SIM only plan from Three.

Get a Free SIM Now!

You can also purchase a Three Data Pack that comes with unlimited UK minutes and texts. A Data Pack allows you to exchange your credit for a set amount of data that lasts for 30 days. You can only purchase one pack per month, unlike giffgaff’s goodybags. A data pack is a better choice because they’re better value than Three’s standard PAYG rates. If you run out of data while your pack is still active, you can get a data add-on or use your credit for data at standard rates.

Three is known for its truly unlimited plans with no hidden data caps or speed restrictions. These SIM only plans come in 1, 12, and 24 months contracts. There is also a contract-free Three unlimited data pack, but it’s a costlier alternative.

You may also find similarly priced unlimited data plans from other networks powered by Three. Make sure to have a look at their deals too!

Yes, Three’s network coverage includes 5G as of February 2020. Three has the largest usable 5G spectrum amongst the mobile network operators in the UK with 140Mhz. The operator is using 100MHz of it to provide 5G coverage in the UK.

No, Three’s network coverage doesn’t include 2G. The network uses 3G and 4G for voice calls and texting.

Does Three have 4G Calling?

Yes, Three has 4G Calling but it’s under a different name. Three’s 4G Calling is named Super-Voice and is free to both SIM only and PAYG customers alike.

Does Three have WiFi Calling?

Yes, it does. The Three Network offers WiFi Calling on all its plans, be it pay monthly or PAYG. It’s free of charge, but your device must be compatible.

Does Three have an app?

Yes, Three has an app and it’s quite user-friendly. You can view your bills, check your allowance, sort your upgrades, have a live chat with customer support, set a data cap, and so on.

Is Three’s 5G Network really the fastest in the UK?

Yes, Three has the fastest 5G download speeds in the UK at the moment, per OOKLA (speedtest.net). However, Open Signal says they’re the second fastest overall. This may be due to Three having the most 5G users causing congestion on their network.

Where can I use my inclusive roaming allowance on Three?

You can use Three’s inclusive roaming allowance in 71 different destinations around the world.