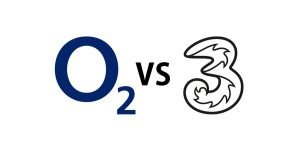 Three hasn’t been around for as long as some of the other big network operators such as Vodafone and EE, however they’ve made themselves relevant through great customer offers such as ‘Go Roam’ which offers customers inclusive roaming in worldwide destinations like Australia & the USA. They’ve also become synonymous in the industry with great SIM only and phone contract deals.

O2 is one of the premium UK networks, which has become associated with quality due to consistently solid network coverage and speeds couple with the O2 priority app offering customers some of the best perks available in the UK mobile market. Recent price reductions and introduction of a great roaming scheme means O2 is offering increasingly better value. 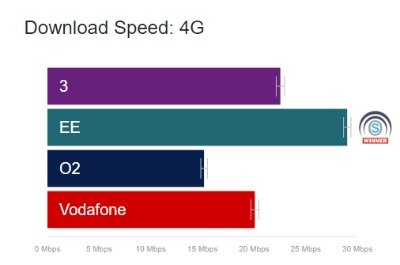 Three offers customers great coverage across both 3G & 4G with 98.3% population coverage for 3G and 99.8% 4G coverage. Three has highlighted the quality of its network with a number of awards including most recently winning ‘best network for data’ at the 2019 Mobile Choice Consumer Awards 2019. On top of this Three says they’re building the fastest 5G network in the UK and unlike some of its competitors will come at no extra cost to any customers with a Three contract. 5G is available in selected locations around the UK for home broadband. In terms of network speeds, in the most recent Open Signal testing in October 2019, Three came third out of the major operators, behind EE and Vodafone with 4G download speeds of 21.6 MB/s. O2 also provides wide population coverage with 4G now available in 99% of the UK. This is supported by them winning the uSwitch 2019 award for best coverage. However, we still recommend checking out O2’s network coverage checker to ensure you get good coverage at home and at work. In terms of network speeds, O2 came last out of the major operators with average 4G download speeds of 16.9 MB/s. O2 have also launched their 5G network in select locations around the country including London, Belfast, Cardiff, Edinburgh & Slough which should improve their download speeds significantly in the near future as it gets rolled out nationwide. We have also compared how Three performs against EE in our Three vs EE review, check out how three performed against EE, the network with the best speeds in the UK.

Three offers  HD voice quality with 4G Super Voice (VoLTE). Generally speaking you won’t have any issues making a call with Three, however if we look at P3 testing, Three came third out of the major operators with the main reason for this being longer call set up times in larger cities (around 1.5 seconds on average). O2 came 4th out of the major operators for voice call quality, with similar issues as Three has experienced. However, with recent investment into 4G calling services we expect voice call quality to have improved. When we made calls on both O2 and Three, we experienced no issues with audio quality or call connection times. We’ve also compared O2 with Vodafone, check out our O2 vs Vodafone review to learn more.

Tethering is a service offered by networks that allows your mobile phone to be used as a Wi-Fi hotspot. The data from your device can be used by other Wi-Fi enabled devices such as tablets, other mobiles or PC’s to get connected to the internet. Tethering let’s you use your data as you want and is offered by most mobile networks. Three offers no limit on tethering and it is accessible to all plans on the Three network, as long as you are in the UK. However when tethering abroad, there is a limit on the amount of tethering that is supported. This is limited to 19GB & 15GB on all ‘Go Roam’ European destinations for contract and PAYG customers respectively. Tethering isn’t supported on ‘Go Roam’ world destinations and can only be used through an unlimited data passport add on for £5 a day. O2, similarly offer unlimited data tethering to customers domestically. Regardless of your plan you can tether using your mobile device. However when abroad, customers can tether in the EU up to your normal data allowance, but tethering in world destinations isn’t included in your plan. 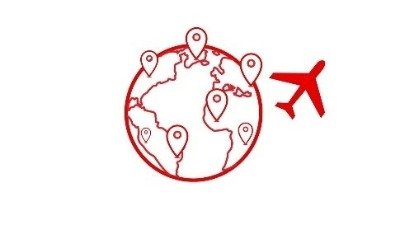 Three’s Go Roam is an international roaming scheme that allows you to use your UK allowance in over 70 destinations across the world, including all EU destinations per EU regulations and a number of worldwide destinations. This is however limited to a maximum of 19GB on Pay Monthly plans or 15GB on PAYG plans in the EU and 12GB in world destinations such as Australia & the USA. Customers that want access to the ‘Go Roam’ proposition need to be on an Advanced Plan. O2 offer inclusive roaming in 75 countries, 4 more than Three. This includes popular destinations such as the UAE, Thailand & USA. However, to get access to these destinations’ customers need to be on a £20 a month or more 12-month SIM, or an O2 Refresh phone tariff over 15GB.

The scheme also automatically connects when Wi-Fi calling is available with no need to log in to an app. In terms of Wi-Fi hotspots however Three lacks behind most of the major operators with hotspots only available on the London Underground at around 250 stations.
The major downside of O2’s Wi-Fi Calling is that in most cases, the service is only compatible with handsets purchased from O2. But O2 performs well with the number of Wi-Fi hotspots as they give customers access to 7,000 O2 Wi-Fi Extra hotspots. The setup is only required once as you will connect automatically to any other O2 Wi-Fi locations once in range. O2’s Wi-Fi scheme is free for non-O2 customers. However, non-O2 customers are required to complete a log-in process anytime they need to connect to any of O2’s Wi-Fi hotspots.
Find out more about O2’s Wi-Fi Calling & Wi-Fi Hotspots 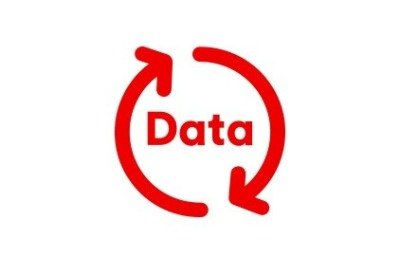 Data rollover allows customers to save their unused data at the end of the month and roll this over to the next period and use this before eating into their newly refreshed data. This is a fairly common perk available in the market but currently unavailable to any Three customers.

However, Three has generally cheaper plans than some of the other larger operators and this offsets any rollover benefit. O2 does better than Three in data rollover, though contract or SIM only customers are not eligible.

If you’re subscribed to an O2 Big Bundle PAYG plan, you’ll be able to roll over up to 16 GB of data per month (depending on your plan).

Three offer customers discounts on any new phone contracts or SIM only deals which it calls ‘Existing Customer Offers’. Customer can save up to £3 a month on any iPhone handset deals, and up to £5 a month on any other flagship models such as Huawei & Samsung. SIM only savings are lower, however a £1-£2 saving a month on these deals soon adds up.
O2 Sharer Plans allow O2 customers to share their data allowances across multiple O2 devices. As long as you have a phone or tablet with an O2. Refresh SIM with 1GB of data or more, this data can then be shared with up to 9 different devices with O2 SIM’s. O2’s Family Plans offer up to 50% off if you have multiple plans with O2. Each additional plan added comes with an improved discount, these aren’t however eligible on PAYG or Business tariffs and all the customers need to be signed up to the same address as the original plan.
Find out more about O2’s Multi Buy Discounts & Family Plans 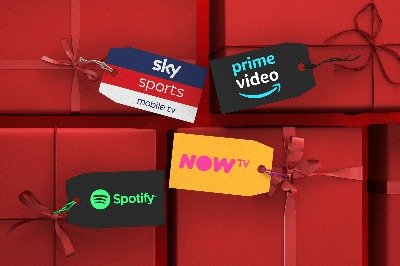 With so many network options in the market for customers a number of the operators offer loyalty schemes in the form of customer rewards such as freebies.

Three offers an unlimited streaming plan called ‘Go Binge’ which allows customers to stream without restrictions on Netflix, Apple Music & a number of other popular mobile applications. This is available to any advanced plan customers with at least 12GB of data.
O2 don’t offer anything in the form of free streaming but their O2 priority app is the best customer rewards application available on the market. Customers get early access to tickets for live music gigs, discounts at popular high street retailers & free coffees, amongst others. If you take advantage of the discounts and freebies available, you can be saving a few quid each week.
Find out more about O2’s Customer Rewards
Some of the smaller virtual operators don’t offer some of the perks described above that are available with Three & O2 but this means they’re able to offer plans at a significantly cheaper price point.

We’ve compared two of the best low cost virtual operators in the market in SMARTY and Giffgaff, check out our SMARTY vs Giffgaff review to learn more.