Currently, Three has the joint best (alongside Smarty) unlimited data plans in the UK. They have two unlimited plans available – both available as SIM only plans. One is on a 12 month SIM only deal & the other on a 1 month SIM only deal which comes at a slightly higher price point, but affords flexibility to switch when you want. Both plans along with unlimited data come with unlimited minutes and texts. Three also doesn’t place any speed caps on their plans – so with both SIM only deals you won’t experience any slow down once you hit a certain usage level, as is common amongst a few of the other networks. There is however a fair usage policy that gives you a restriction of 1TB. This is a massive amount of usage and unlikely that personal data usage would exceed 1TB. Another point to note is, Three Mobile plans are restricted outside the UK. You are only allowed to use up to 19 GB of your monthly data when in Europe and only 15 GB when outside Europe. The only major concern is that you are not allowed to tether devices. Three also has a number of other great perks such as unlimited streaming on popular apps like Netflix – we go into depth in our detailed Three Review.

As mentioned earlier, we rank SMARTY as joint best (alongside Three Mobile) when it comes to unlimited data. They’re the most recent entrant into the market, releasing their unlimited data plan earlier this year. The network is actually owned by Three – using Three’s network. There is only one SIM only plan – unlimited minutes, texts & data for £25 a month. With SMARTY, there are absolutely no data usage caps when in the UK and there are no speed limits either. However, like Three Mobile, they have a 1TB fair usage policy. As well, they have restrictions to data usage abroad and when tethering devices. Like in Three Mobile, you are only allowed 19 GB of free data when roaming abroad. SMARTY also doesn’t require any credit checks as you pay in advance every month for your plan. SMARTY also offers other plans which give you money back for any unused data. If you want to learn more about SMARTY check out our SMARTY review.

The only way that you can enjoy unlimited data on Virgin Mobile is by having a broadband or TV plan. So, if you are already a Broadband or TV plan customer or are looking for a new deal Virgin Mobile is perfect for you. With Virgin Mobile you enjoy superfast 4G speed on unlimited data plus unlimited texts and minutes at £25 on a pay monthly plan. With Virgin you don’t get data throttling issues or speed restrictions and you can tether other devices. The only other limit apart from the joining requirement is that there is a usage policy that applies outside the UK. The data usage has a cap limit of 11.28GB when roaming in Europe. This cap is can change dependent on where you are travelling so we recommend checking their site prior to travelling. Overall, Virgin Mobile is a great network with an amazing unlimited data plan for UK users. Virgin also offer data free messaging to customers with no data usage on WhatsApp, Facebook Messenger & Twitter, to learn more about Virgin Mobile check out our review. 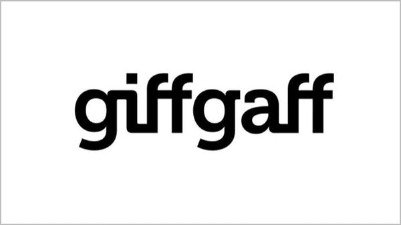 Giffgaff has an ‘Always on SIM’ data plan (costs £25/month) that allows you to enjoy uncapped data within the UK. The plan also gives you unlimited minutes and texts. Unfortunately, data is throttled once you hit a usage limit. Customers get 20 GB to use for a month at 4G speed but after this, the speed slows down to 2G during the day (8 am to 12 am). If you attempting to stream videos using your phone during the day, you may find this difficult. There is also restrictions on EU roaming. You are only allowed 20 GB of unlimited data a month. Once you have reached this limit, you’ll have to incur the extra cost of data usage until the next subscription. But still, there are a few positives which make the network a good option. For example, Giffgaff enjoys great network coverage in the UK. In addition, there are no joining restrictions, you don’t have to pass a credit check to join. Learn more about the giffgaff network by checking out our review. No Other Network Offers Unlimited Data
If you are looking for unlimited data SIM only plans, the above mobile networks are the only ones at the moment offering the perk. So, you won’t get it on networks like O2, Sky Mobile, Voxi, Tesco, Vodafone or EE. There a couple reasons why unlimited data plans aren’t common across all the networks. Firstly, networks which are virtual operators (piggybacking off the larger networks) may not be able to offer these deals due to the cost to them of being able to offer customer large data plans. Secondly, a number of these networks have 30GB, 50GB or even 100GB+ data plans which will usually be sufficient for most customers. Which Networks Offer Unlimited Data SIMs for Tablets and Dongles?

SMARTY allow customers to enjoy unlimited data SIMs that you can use on your tablet, Wi-Fi dongles, and tablets. This offer comes as a 1-month rolling contract at £25. You also enjoy unlimited texts and minutes on the plan. The network runs on Three’s network, so customers can expect great coverage and fast speeds. No network offers a tablet only unlimited data plan without putting a cap on monthly usage apart from Smarty.

At the moment, SMARTY, as we have mentioned earlier in the article, has the cheapest PAYG unlimited plan. Their plan costs £25 and it allows you not only unlimited data on the go but also unlimited minutes and texts. It is still considered a PAYG plan as you pay in advanced for the next month.

Three also offers a PAYG unlimited data plan but it is a bit pricier than there SIM only contract options at £35/month. You pay the amount upfront and it allows you to enjoy unlimited minutes and texts on top of unlimited data. Since you are paying upfront, there’s no need for a credit check. Another benefit is that you don’t need to notify them when you are leaving.

The Giffgaff’s ‘Always on SIM’ plan mentioned earlier is technically a PAYG plan. This is because it requires paying for the subscription upfront. However, as discussed, the idea of your speed being lowered to 2G after exhausting the 20 GB 4G speed limit makes the plan less competitive.