Why Choose a Vodafone SIM Only Deal? 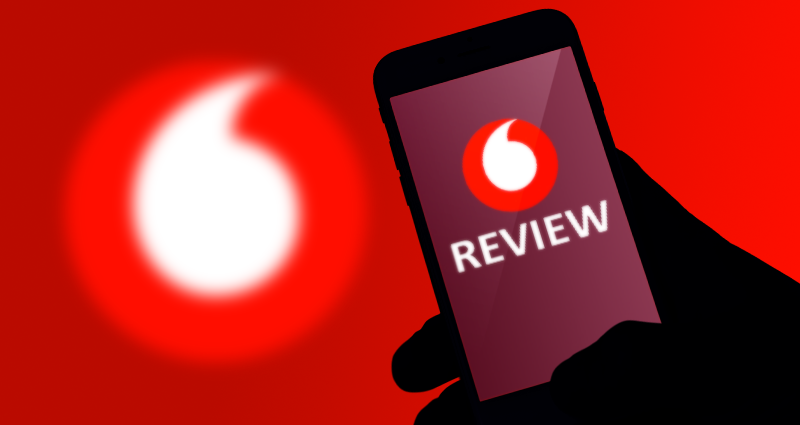 If you want reliable coverage and fast download speeds, Vodafone is one of the better options available in the UK. Vodafone’s 4G network is one of the best, plus most of their SIM only deals include 5G at no extra cost. Vodafone customers can enjoy call quality improving features such as WiFi Calling and 4G Calling. On top of that, Vodafone plans come with unlimited UK minutes and texts.

Vodafone has the widest variety of SIM and phone deals to choose from, covering all grounds. However, their prices are generally more expensive, even the ones that aren’t rich with perks and features.

Vodafone has the widest variety of SIM and phone deals to choose from, covering all grounds. However, their prices are generally more expensive, even the ones that aren’t rich with perks and features.

Vodafone VeryMe Rewards deserve a shout here, because it’s one of the best loyalty programmes out there, alongside O2 Priority.

The network used to offer free roaming in the EU, but they’re making major changes to this roaming scheme. Pay monthly plans taken out from 11 August 2021 aside from those with 4 Xtra benefits and Vodafone Basics don’t have free roaming anymore.

These are the most popular SIM only contracts from Vodafone, tailored specifically for general data users. Having said that, there is always an option available for heavy data users.

These SIM only deals start from a minimum term of 30 days, with options also available for 12-month and 24-month contracts. The longer your contract is, the better value you get. Red plans come with uncapped 4G and 5G internet speeds and you benefit from a number of other features such as 4G Calling & Wi-Fi Calling. You can also add an entertainment option on selected deals (for an extra £7/month).

The Unlimited Max plan can be combined with Vodafone’s new premium offer: Xtra Benefits, but we’ll cover that in the section below. There is also an unlimited Big Value Bundle, which is covered in the Big Value Bundles section.

These are Vodafone’s premium SIM only deals; the network launched them fairly recently. Vodafone Xtra Plans come with four extra benefits that boost their regular plans to the next level. These deals are especially great for smartwatch owners that have a SIM or eSIM.

The four extra benefits are 6x unlimited data boosters (you get unlimited data for 30 days when you use one), £3.50pm off smartwatch connectivity, device care, and unlimited picture messages. Vodafone Xtra plans also come with free roaming in the EU. Unlimited Max + 4Xtra benefits up the number to 83 worldwide destinations. Just remember that Vodafone’s fair usage policy will apply when you’re abroad; you can only spend 25GB per month. This is the only deal that allows you to roam in Turkey as if you’re home.

Starting from as little as £6 a month, Vodafone Basics brings simple plans for everyday UK use with unlimited calls, texts, and your choice of data. As the name suggests, these are very basic plans and have no extra fancy features or entertainment options. They don’t even include almost essential perks such as WiFi Calling and 4G Calling. These SIM Only deals are tailored for use in the UK. Roaming is unavailable on all Vodafone Basics SIMs.

The carrier’s pay as you go plans are called Vodafone Big Value Bundles and there are five different bundles you can choose from. Vodafone also provides a unique PAYG option called Pay As You Go 1 for light mobile users, who don’t want to top-up every month.

Big Value Bundles don’t have any fancy features, but the two most expensive ones include 5G data speeds. The most expensive Big Value Bundle offers unlimited data, calls, and texts. It also allows you to roam in 51 destinations, but with a 25GB data cap. There are no credit checks or contracts as these plans work on a prepaid basis.

Looking at Vodafone’s shop you won’t be surprised to see that it’s got a great variety of handset options. The network offers a wide range of handsets combined with price plans, however, the best Vodafone deals lock you into a 24-month contract.

Vodafone gives you the option to pick a handset without committing to a long-term SIM plan, however, selecting this option makes things pricier.

Make sure to check all other alternative mobile phone retailers before you sign up for a mobile phone contract as these deals are usually long-term commitments with big penalty fees if you wish to cancel your mobile contract early.

Are Vodafone and VOXI the same?

VOXI belongs to Vodafone. It’s a mobile virtual network operator, which means the network is powered by Vodafone. But at the end of the day, they are not the same, as VOXI offers cheaper deals with unlimited social media usage. Vodafone covers more grounds and offers many different plans and features.

Does Vodafone limit your internet speed?

Yes, but Vodafone limits your internet speed only on its ‘Unlimited Lite’ and ‘Unlimited’ plans. On unlimited lite the max speed is 2Mbps and on unlimited, the cap is at 10Mbps.

Which countries does Vodafone cover?

You can roam free of charge in 51 to 83 countries on Vodafone and in total there are up to 152 destinations covered. How many countries you can freely roam depends on which plan you are on. You can check their roaming charges on their website.

Will my phone work abroad?

Yes, your phone will work abroad if you are on Vodafone, but you must first check if the country you will be travelling to is supported by the network’s infrastructure.

Does Vodafone have pay as you go?

Yes. Vodafone has PAYG. There are a few Big Value Bundles (PAYG tariffs). Vodafone also offers a budget-friendly SIM option called Pay As You Go 1. On this alternative, you only pay £1/day and only on the days you use your device.

Can I top-up someone else’s Vodafone number?

Yes, Vodafone allows customers to top-up other numbers. You have the following options for topping up your phone or other numbers: My Vodafone app, via Online, by phone, or text or keep the service on an automatic top-up.

Can I keep my phone number if I switch to Vodafone?

Yes, you can easily keep your current phone number if you wish to move to Vodafone. First, you have to get your PAC Code from your current provider. Once you activate your SIM, you must give the PAC Code to Vodafone. They will do the rest and inform you when your new SIM is activated.

Does Vodafone have 5G?

Yes, Vodafone currently offers 5G coverage in 124 locations in the UK and also in 240 locations in the EU across Germany, Spain, Italy, and Ireland. Vodafone’s 5G currently covers a total of 364 places and it will only increase soon.

My area doesn’t have 5G, when will Vodafone offer 5G in my area?

Vodafone regularly makes announcements on where its 5G network will cover next. However, we strongly recommend you to check Vodafone’s Network Status Checker to see if the provider started to offer 5G in your area. Vodafone is continuously rolling out 5G across the UK and also in other locations around Europe.